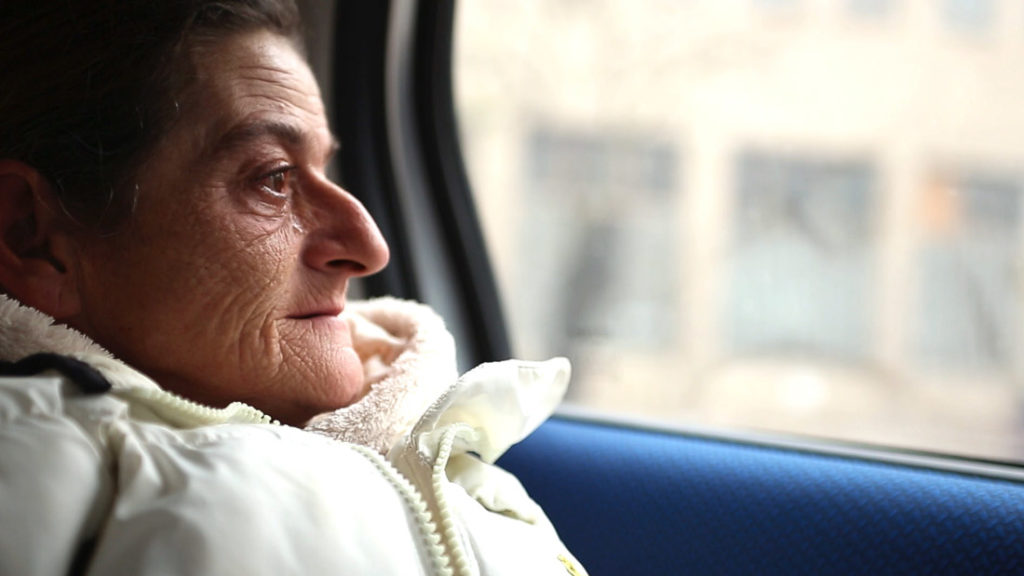 Marish appears in A Woman Captured by Bernadett Tuza-Ritter, an official selection of the World Cinema Documentary Competition at the 2018 Sundance Film Festival. Courtesy of Sundance Institute

While preparing a project on modern slavery, filmmaker Bernadett Tuza-Ritter uncovers a treacherous story. Inside an upscale Hungarian home run by a tyrannical matriarch resides a domestic slave. At 52 years old, Marish labors 20 hours a day without pay and endures a constant barrage of emotional and physical abuse. For those who see her on the street, it’s impossible to imagine the hell she returns to every day. Eating only scraps from dinners she prepares and receiving cigarettes instead of cash, Marish has forgotten what freedom feels like and lost all will to leave. Until Bernadett enters the scene.

Stepping into an ethical minefield, Bernadett pays off the owners to gain entry and train her camera on Marish. Her presence awakens Marish’s trust and emboldens her to hatch an escape plan. But the stakes are high: Marish is financially indentured, and the authorities refuse to intervene. A Woman Captured drops us into a realm rife with chilling questions about human psychology and our own complicity as voyeurs—of Marish’s ordeal and the suffering we witness on screen daily.

Last Minute Ticket Purchasers Individual tickets go on sale right before the Festival officially begins, in January. Day-of-show tickets in 2015 cost just $20. Waitlist tickets cost $15, and if you don’t get in, you aren’t charged. Selection is catch-as-catch-can.

Get same-day tickets. Same-day tickets become available at 8 AM. In 2015, one intrepid college student trekked at 5 AM to the Festival Center in downtown Park City only to discover he wasn’t the first; the line-leaders had partied late and then napped in sleeping bags near the box office — a chilly proposition at 7,000 feet.

Use the e-waitlist app. As of 2014, festival-goers may register online for a waitlist via smart phone or tablet. You have to wait on line at the theater to see if you make the cut. Cash only.

The Junior League of Salt Lake City, Inc. is a charitable organization of women committed to promoting volunteerism, developing the potential of women and improving communities through the effective action, education and leadership of trained volunteers.

By continuing to use the site, you agree to the use of cookies. more information