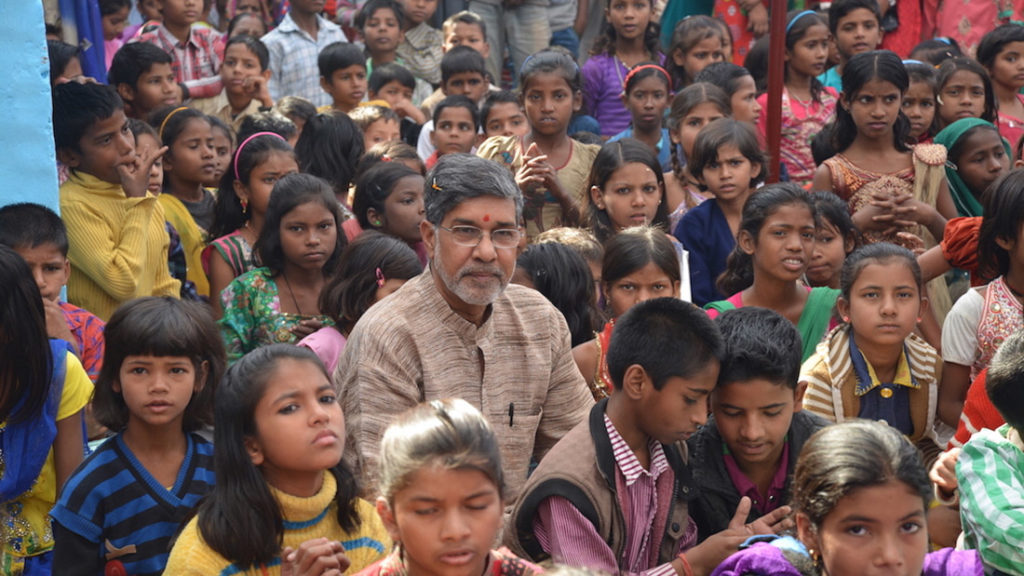 Hidden inside overcrowded factories around the world, countless children are forced into slave labor due to rising global demands for cheap goods. With the help of a covert network of informants, Nobel Prize winner Kailash Satyarthi and his dedicated team carry out daring raids to rescue and rehabilitate imprisoned children. Using hidden cameras and playing the role of buyers at the factory to gain access, we watch Kailash take on one of his most challenging missions to date: finding Sonu, a young boy trafficked to Delhi for work who has been missing for eight months. Now his father dreams of Sonu coming home.

Kailash’s warmth and passion have gained international support for his philosophy that each child should be allowed to embrace their childhood. He gives them support, clothes, medical care, and an education. Equal parts harrowing and motivating, first-time filmmaker Derek Doneen pulls us into Kailash’s gripping pursuits and relentless energy to create the change he wants to see.

Last Minute Ticket Purchasers Individual tickets go on sale right before the Festival officially begins, in January. Day-of-show tickets in 2015 cost just $20. Waitlist tickets cost $15, and if you don’t get in, you aren’t charged. Selection is catch-as-catch-can.

Get same-day tickets. Same-day tickets become available at 8 AM. In 2015, one intrepid college student trekked at 5 AM to the Festival Center in downtown Park City only to discover he wasn’t the first; the line-leaders had partied late and then napped in sleeping bags near the box office — a chilly proposition at 7,000 feet.

Use the e-waitlist app. As of 2014, festival-goers may register online for a waitlist via smart phone or tablet. You have to wait on line at the theater to see if you make the cut. Cash only.

The Junior League of Salt Lake City, Inc. is a charitable organization of women committed to promoting volunteerism, developing the potential of women and improving communities through the effective action, education and leadership of trained volunteers.

By continuing to use the site, you agree to the use of cookies. more information